On September 26, 2019, the Federal Circuit found that the PTAB erred in its decision that the Linz dispenser (left) is not a proper primary reference in an obviousness assessment against Appellee’s design (right). The Appellee’s design claimed a cylindrical object (e.g., a soup can) in the display area that is clearly lacking Linz. However, the court found that because the parties did not dispute that one skilled in the art would understand that the display area of Linz would ultimately contain a cylindrical object (e.g. a soup can), the Linz dispenser would satisfy the “basically the same visual impression” under Durling v. Spectrum Furniture Co., 101 F.3d 100, 103 (Fed. Cir. 1996). The court remanded the issue back to the PTAB to determine obviousness using Linz as a primary reference. 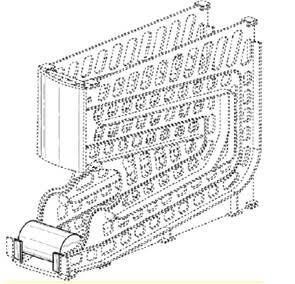